Dr. Todd Kuiken M.D. Ph.D, middle, and research assistant Bolu Ajiboye, left, watch the screen of a computer attached to surface electrodes attached to artificial arm recipient Jesse Sullivan at Rehabilitation Institute of Chicago. The electrodes detect EMGs, or electrical activity of the muscles. Sullivan, of Dayton, Tennessee, was the first patient to undergo the surgery to enhance use of an artificial arm. Sullivan lost both arms on the job as a lineman for a Tennessee power company who accidentally touched a high tension wire carrying 7400 volts. The accident cost Sullivan both of his arms up to the shoulders. The nerves that once controlled Sullivan’s left arm were surgically implanted into his chest muscles since he had no arm muscles at all. He was outfitted with a Boston Digital Arm and the contacts in the socket of the prosthesis were positioned where the prosthetist finds the strongest EMG signal. Sullivan currently has control over three different mechanical arm functions and is being tested for other sites for contacts as the nerves continue to innervate the muscles. The arm feels so natural to him that he once yanked off his mechanical hand trying to start the lawnmower. On his right side Sullivan uses an older body-powered mechanical arm with a split hook hand.. 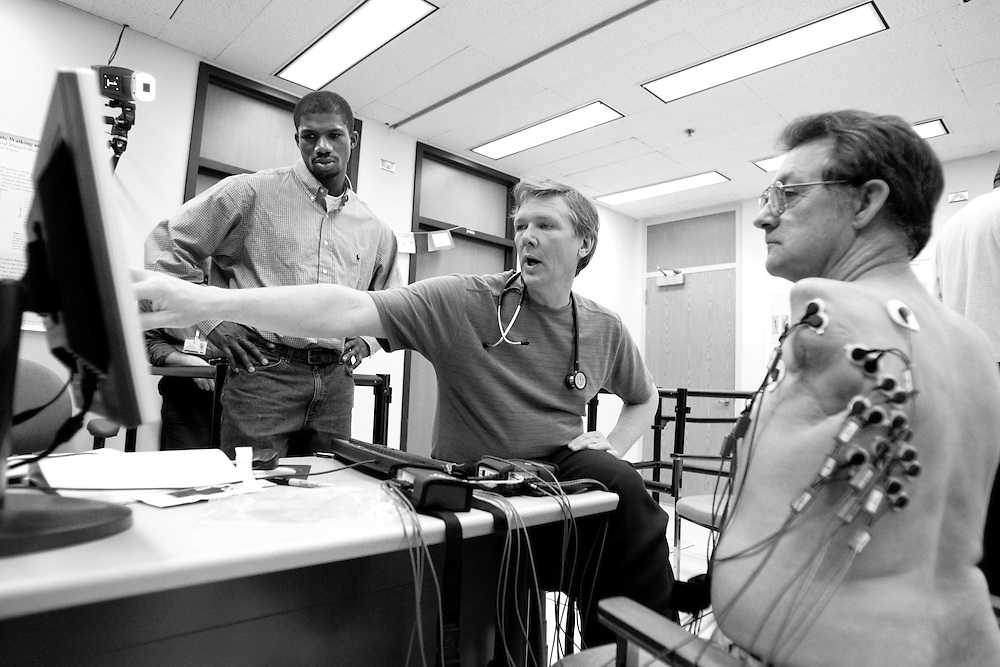